Polytives at the K trade fair 2022 in Düsseldorf

The young company from Jena at the K trade fair 2022

3,037 exhibitors and 176,000 trade visitors gathered in Düsseldorf from October 19 to 26, 2022, after a three-year break. And we were there too: Polytives exhibited at the K trade fair for the first time. As the central innovation driver of the international plastics and rubber industry, the trade fair not only held a large amount of new products, innovations and problem solutions, but was also a platform for establishing as well as maintaining existing customer relationships. All participants were happy that the trade fair could take place in their presence, and the discussions started with corresponding anticipation and openness. The exhibitor party dedicated to the 70th anniversary offered the Polytives team once again the opportunity to deepen conversations with other exhibitors in personal networking and to generate new ideas.

For us as Polytives at K trade fair 2022, these were extremely successful days that flew by. We noticed how eager the visitors are to exchange ideas and how open they are to innovations. Accordingly, we were right on target in Düsseldorf. The fact that our products and visions were received with enthusiasm is shown not only by the over 100 discussions we held with potential customers, possible partners and research institutes, but also with the press. Interested parties came to our stand – not infrequently with specially printed versions of our flyers that they had received in advance – and sought personal talks to find out more. “Even the big players in the industry found themselves at our stand,” is how Viktoria Rothleitner sums it up. 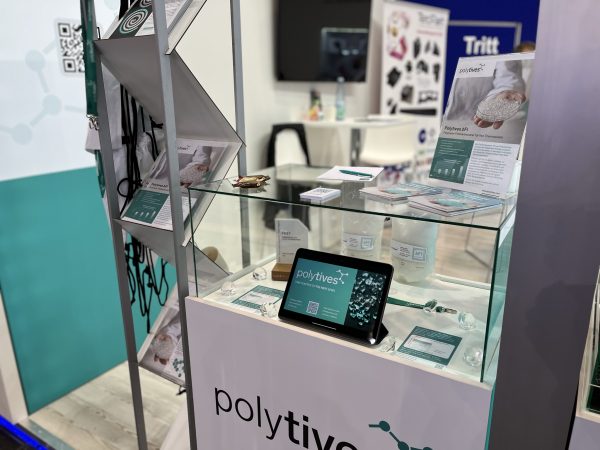 The focus of our exhibition was on our flow improver bFI, but we were also able to present the many possibilities of our platform technology, showing our vision for our contribution to more sustainability and likewise the circular economy. Finally we had the opportunity to present our product itself as well as the processed product to all interested parties – apart from our flyers – which caused shining eyes on both sides of the booth. This is also reflected in our stock of sample quantity, which has been shrinking day by day since the fair.

The part of the team that remained in Jena naturally followed Polytives’ activity at the K trade fair 2022 closely from a distance. A big thank you goes to the fair team, TecPart e.V. for the wonderful organization of the stand as well as the opportunity to be represented in the fair newspaper. We are already looking forward to the next K trade fair in 2025. 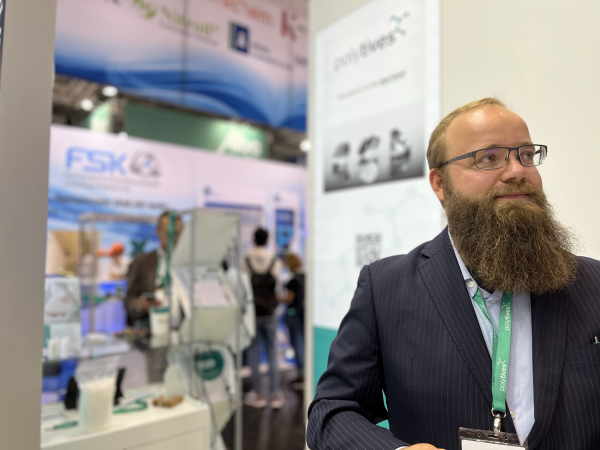